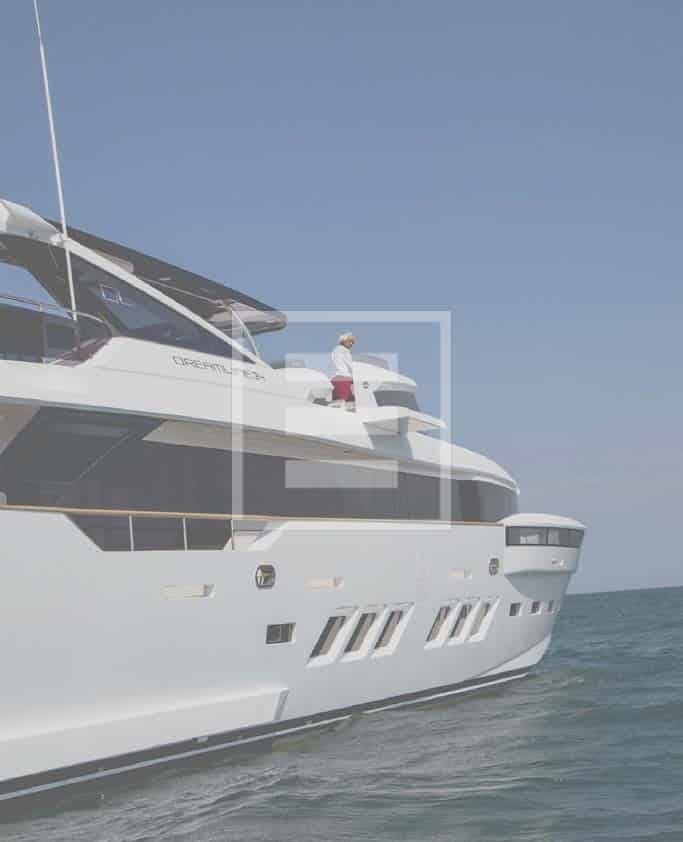 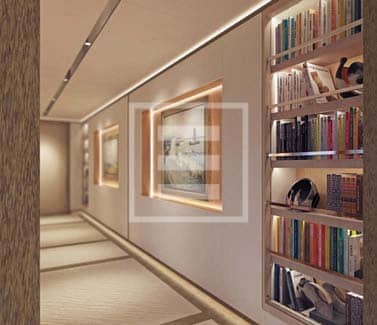 Two ﬁgures: 70 and 34. The former refers to length in metres and the latter to speed in knots of a truly spectacular new yacht. Add four names to the mix: Heesen Yachts, Van Oossanen Naval Architects, provider of the naval platform, Espen Øenio, the pen behind the exteriors, and Sinot Exclusive Yacht Design, creator of the interiors. The result is Project Kometa, a whole new milestone in the Heesen Yachts story. “Until now, the 65-metre Galactica Star was the largest yacht we’d ever built,” explains Mark Cavendish of Heesen Yachts. “However, Project Kometa marks a step forward because although she uses the same platform as Galactica Star based on the Fast Displacement Hull Form or FDHF developed by Oossanen, she packs a booster jet which make her faster”.
Perry Van Oossanen takes up the story: “She was already in build when the owner asked us to up her speed. Galactica Star makes 28 knots. Project Kometa is longer, broader in the beam and heavier so boosting her speed was a challenge. In the end, we decided to install a booster jet between the two ﬁxed pitch propellers and her projected speed is 30 knots (about 34 mph). Those performance ﬁgures inﬂuenced her exterior design too. “The sundeck is partly sheltered by retractable glass panels and sliding doors,” says Espen Øino. “But even though she is inspired by Galactica Star, the new 70-metre has a very speciﬁc character all of her own.
We made her windows as large as possible, for example. More general speaking, the owner really adored Galactica Star’s aft arches so we tried to develop a new element that would harmonise with that design”. Two hugely impactful staircases leading up from the main deck, a large aft pool with waterfall and a foredeck doubling as both a vast entertainment zone and helipad are the highlights of an exterior layout that delivers an astonishing total of 357 square metres of al fresco space. Of the interiors, Sander Sinot says: “The idea was to recreate the spirit of a travelling beach club with all the spaces interconnected and united by a consistent style yet with their own personality. A lot of different luxury materials were used, not least Thassos and Calacatta marble, onyx, shagreen leather and silk and wool rugs”.
Materials that reﬂect the owner’s own casual chic style which itself is epitomised by the staircase wrapped sinuously around the lift. “A real ﬂow of materials,” concludes Sinot. “Steel, nickel, chrome, wood, leather: a spectacular ellipse linking the lower deck with the main where the full-beam owner’s suite is located. Also there is the main saloon which has a bar aft and dining area forward with a central TV screen between two ﬁreplaces. A detail that makes Project Kometa even more unique if that were possible”. 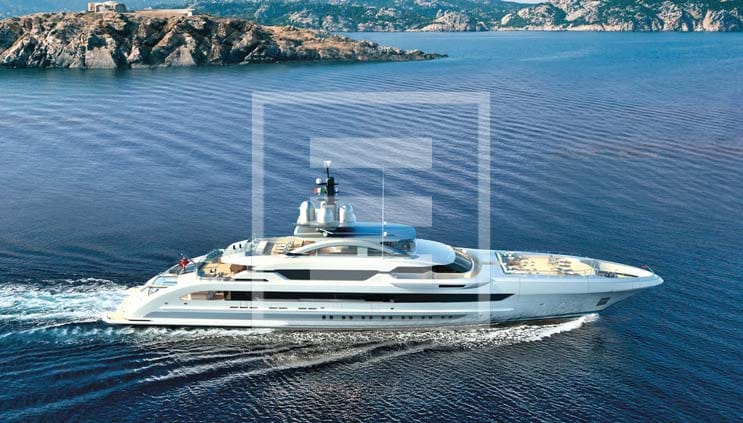 Previous ArticleAkhir: a yacht with a legendary moniker
Next Article The imposing bow area of the Baglietto 48m yacht

Akhir: a yacht with a legendary moniker

Benetti 57-metre: a yacht with a diverse mix of luxe materials